In Memory of Ken Evanstad 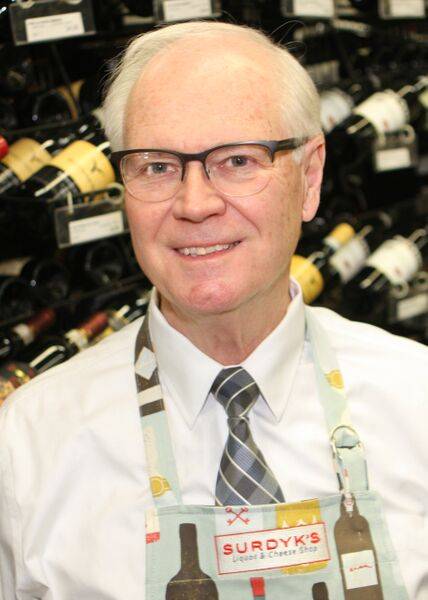 Surdyk’s notes the passing of prominent winemaker Ken Evenstad. He was co-founder of Oregon estate, Domaine Serene in Willamette Valley. Our wine shop has been proud to feature his wines over these many years. We are listing his obituary (which appeared in the Minneapolis Star Tribune, Sunday October 25th) here for more about his remarkable life and achievements. 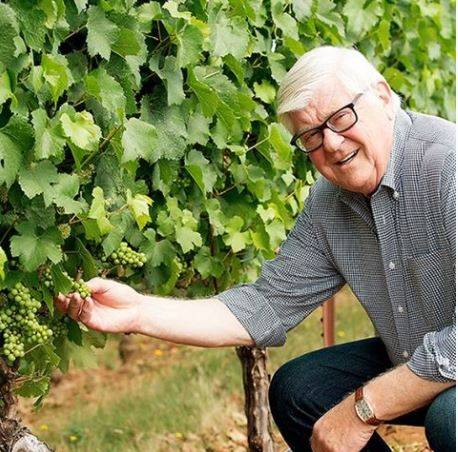 Evenstad, Kenneth L. founder of Upsher-Smith Laboratories and co-founder of Domaine Serene Vineyards & Winery died at his home in Oregon on October 21, 2020, having fought chronic pulmonary issues for the past 5 years. He was 77 years of age.

Ken was born July 9, 1943 in Baudette, MN, a tiny town on the Canadian border. Though of meager means, his mother continually encouraged him to "be whatever he wanted to be". He fully believed in and personified the American Dream. Convinced by the local Pharmacist that he was "College worthy", he put himself through school, earning his Bachelor of Pharmacy degree from the University of Minnesota in 1967. In April of the previous year he met the love of his life, Grace, on a blind date. They were married seven months later and have been partners in life, business, and philanthropy ever since. Ken's interest in chemistry and Pharmacy drove him to revive an aged Company in the Minneapolis area, Upsher-Smith, in 1969. Scraping together all of their savings, he bought the company for $1,500. In the following 30 years he boot-strapped, led, and managed the fledgling company into a successful generic pharmaceutical business.

Over the next 20 years he was Chairman of Upsher-Smith Laboratories partnering with his son, Mark as CEO. Innovative thinking, dedication to success, extraordinary ethics and long-term vision created over $1.5 billion in value. Ken was the inventor of numerous innovations and was awarded scores of patents for lifesaving drugs helping millions while creating thousands of high paying American jobs. Ken was recognized by Ernst & Young as their Entrepreneur of the Year in 2001. In 2012, Ken was awarded the University of Minnesota's "Outstanding Achievement Award", the highest award given to a graduate.

Ken and Grace's interest in wine began in the mid 1970's. Their passion for Pinot Noir and their adventurous spirit and confidence in their vision drove them to purchase 42 acres of land in the Dundee Hills of Oregon, to be planted to Pinot Noir, establishing Domaine Serene in 1989. Their mission was to make the best Pinot Noir in the world, and they became pioneers of the luxury Oregon wine industry. Starting from the humble beginnings of making their first wine in 1990 in an old abandoned electric plant in McMinnville, OR, in 2000 they bought additional property in the Dundee Hills and built a state-of-the-art, 5-level gravity flow winery. The Winery Hill property has since expanded to include another facility for white wine and sparkling production, as well as a magnificent tasting "Clubhouse" to welcome visitors. Domaine Serene's land has now grown to over 1,000 acres from its original 42, including 300 planted to vine, producing 37 different Domaine Serene wines.

In 2015, Ken and Grace became the first Oregon vintners to purchase property and produce wines in Burgundy, France, with the acquisition of Château de la Crée, the venerable 15th century Domaine located in Burgundy's Côte d'Or. Ken's vision was first achieved with the award of "Best Pinot Noir" with the 2010 vintage by Wine Spectator. Followed by Decanter magazine ranking Domaine Serene "Best in Show" and "Best Pinot Noir" with the 2012 vintage and the 2016 vintage. In 2020, Decanter awarded Domaine Serene "Best in Show", and wines made under Ken and Grace in both Oregon and Burgundy received an additional 22 medals, making Domaine Serene the most awarded winery in the world. In 2018, Ken and Grace were awarded the wine industry's highest honor, the "Distinguished Service Award" by Wine Spectator for their numerous pioneering contributions to the global wine industry.

Since 2001, they have spent their winter months in Naples, FL with close friends and have been actively involved as Lifetime Trustees of the Naples Winter Wine Festival, the Naples Botanical Garden and Trinity-by-the-Cove church. Ken, a devoted husband, father and grandfather will be remembered by all for his trust in the goodness of people, his generous spirit and laugh that could fill a room of any size. He will be dearly missed by all who knew and loved him. As he stated just a few weeks ago "I've seen and done everything I've wanted to do, as I've wanted...and I have no regrets."

Contributions in Ken's memory may be made to Children's Minnesota Foundation.