Join Surdyk's for a virtual tasting via Zoom with Glenmorangie Single Malt Scotch
hosted by Dan Crowell, US Brand Ambassador for Glenmorangie. 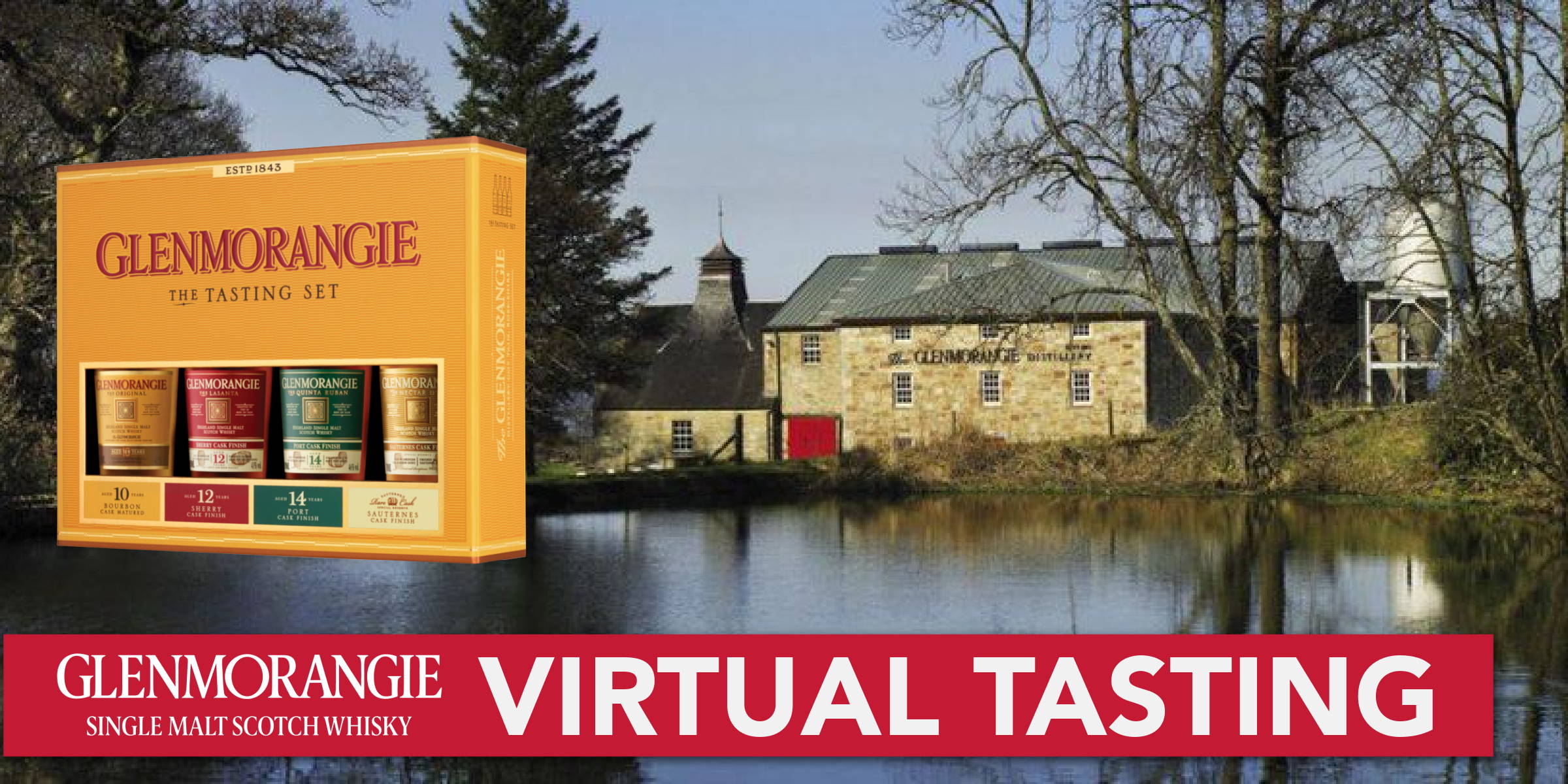 The Original: the 10-Year Single Malt Scotch known for its delicate flavor

Nectar d'Or: aged in Sauternes casks and reminiscent of a French bakery.

There is no fee or purchase required to join in the tasting. So if you already have some whiskey on hand, are fan of Glenmorangie, or want to learn more about Single Malt Scotch, please join us!

SCROLL DOWN & REGISTER BELOW!

get your glenmorangie tasting set!

The tasting will focus on the 4 whiskies that are found in the Glenmorangie Tasting Set - a great opportunity for sampling, which includes a 100ml bottle of Glenmorangie 10 year, Glenmorangie LaSanta, Glenmorangie Quinta Ruban, and Glenmorangie Nectar d'Or at the great price of $29.99.
The 100ml is enough to accommodate tasting for two people. 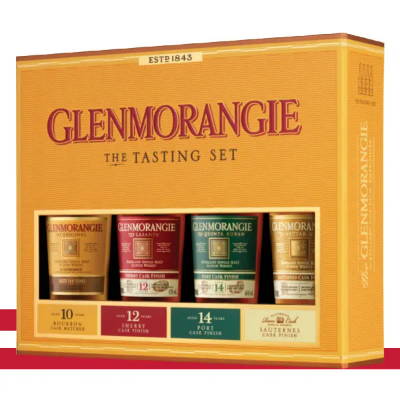 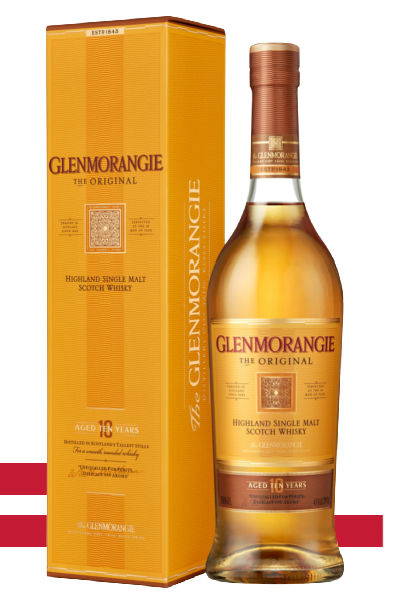 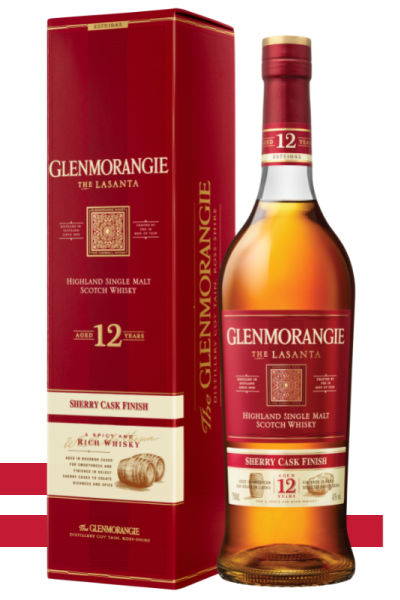 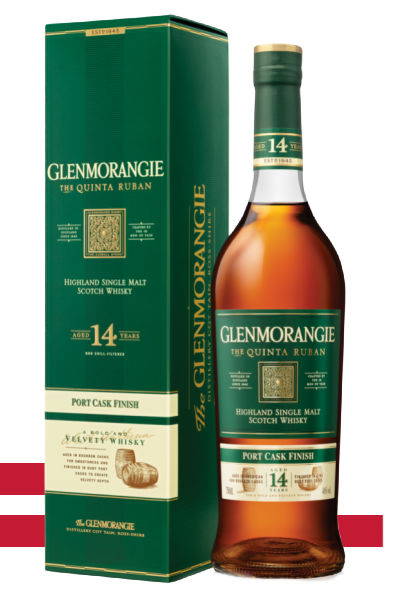 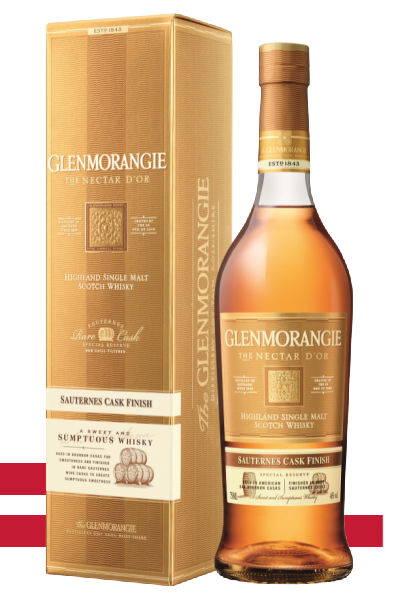 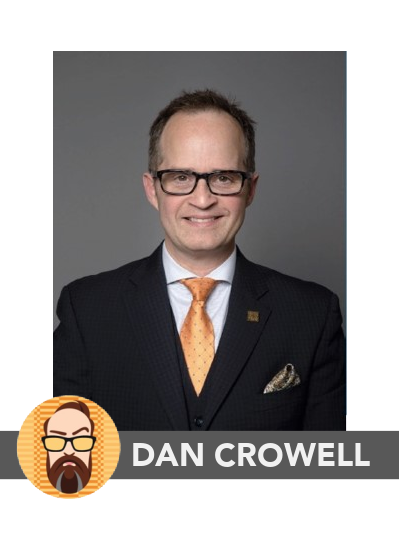 Dan Crowell is the Glenmorangie Brand Ambassador for the United States. With nearly 30 years of spirits industry experience, Mr. Crowell works to highlight the broad range of Single Malt Scotch Whisky offerings from Glenmorangie across the country.

Dan grew up in Omaha and studied music at The University of Nebraska Lincoln before embarking on his career in the spirits industry. As a bartender, restaurant manager and bar owner, he learned a great deal about the business of spirits marketing and consumption. As the Luxury Brands Specialist and On-Premise Sales Manager at Sterling Distributing (now Southern Glazers of NE) in Omaha, Nebraska, Dan represented the divisional wine & spirits portfolio in Nebraska, developing a strong affinity for Glenmorangie and Ardbeg throughout his tenure.

Dan has thoroughly studied and completed extensive training & certification programs in spirits history & production, mixology, education, consultation and staff training. He is a member of the United States Bartenders Guild and of the Institute of Brewing & Distilling. He received his General Certificate in Distilling (GCD) from the Institute of Brewing and Distilling in 2016 and received his Certified Specialist of Spirits (CSS) designation from the Society of Wine Educators in 2012. He is also a Certified Scotch Professional & Certified Whisky Specialist (Council of Whisky Masters), and an Executive Bourbon Steward (Stave & Thief Society). He has served as an adjunct instructor for the Hospitality and Restaurant Leadership program at the Institute for the Culinary Arts in Omaha. He is also a published spirits writer, having been recognized with an Excellence in Journalism award from the Omaha Press Club.

Dan enjoys spending time with his wife of 28 years, honing his skills as a drummer, and studying global spirits traditions and techniques.