I can say, without a doubt, that few beers have flared my skepticism as much as this one did at first glance. Not exactly a conventional collaboration, the folks at Alesmith (San Diego, CA) and Ommegang (Cooperstown, NY) saw fit to bridge the gap between their respective coasts by blending together two of their flagship beers – Alesmith’s Speedway, an imperial coffee stout, and Ommegang’s Three Philosophers, a Belgian-style quadrupel. While both beers boast powerful character, they do so on opposing sides of the spectrum, and the idea of mixing them sounded like a recipe for chaos. To my delight and surprise, they don’t shout over each other, rather, they make for a fascinating conversation once conjoined. Jet-black in color, it unexpectedly forms a full, fizzy head with even a light pour. The nose is met with wafting banana and subtle spices one would expect to find in a strong Belgian, followed by deep, dark roasted coffee. You might anticipate a beer with the shade of motor oil to have the same weight and consistency, but this one feels crisper and lighter. I dare almost say dry. On the palate, there is immediately pronounced toasty coffee and cocoa, but the bitterness gently glides into the sweet, caramelized, spiced fruitcake spirit of the quad. Even the faint blend of Kreik in the Ommegang pulls through with the phantom of dark cherries managing to creep up on the back end. This dark concoction is so wonderfully and paradoxically balanced, and weighing in at a dangerous 11.5% ABV, is perfect for keeping you warm as we leave winter’s long-haul. 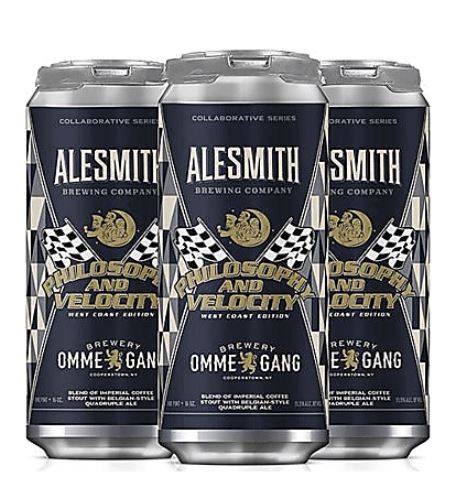